Blanche Dubois, a review on her character as viewed by Tennessee Williams (Part II)

[The play A Streetcar Named Desire – formerly called The Poker Night to indicate the larger and more deadly contest between the characters – was first opened on Broadway in December 1947, by Elia Kazan, with Jessica Tandy as Blanche and Marlon Brando as Stanley – Kim Hunter and Karl Malden as Stella and Mitch respectively – and (unfortunately for Williams) proved a commercial success].

A Streetcar Named Desire is built on contrasts, found in the theme, the setting, the characters, the language and action. A strong contrast is presented to us in the opening moments when a large “ornamented” house is seen, once having been a fine structure – painted white – now symbolically being “weathered grey, with rickety outside stairs and galleries” like Blanche, whose first name means “white” and whose married name is “Grey”.

From the first moment, it is obvious that Blanche’s appearance is different, if not strange, from the appearance of the other inhabitants of this neighborhood. She walks indecisively, dressed in flappy white clothes (all of Williams’ sexual deviates are dressed in white), carrying a valise that indicates her life journey as well as her personal remnants from a life that has escaped her. As a young woman she had been “tender and trusting” but her sixteen-year-old love ended in tragedy, leaving her in the hands of strangers, out of whom she sought protection through lovemaking: “people don’t see you – men don’t – don’t even admit your existence unless they are making love to you. And you’ve got to have your existence admitted by someone, if you’re going to have someone’s protection” she confesses to Stella.

Next, Blanche almost suffers a breakdown as she starts revealing her sister that back home, nothing was left of their family and property, Belle Reve: “I was so exhausted by all I’d been through - my nerves broke…I was on the verge of lunacy, almost! So…the high school superintendent – he suggested I take a leave of absence.” She continues a long emotional monologue in which she asks and answers for her own sake: “How in hell so you think that all sickness and dying was paid for? Death is expensive, Miss Stella!...” It is after that, that Williams begins unfolding her character, through references of the past in relation to her present affair with Mitch. Her promiscuity is an attempt to cover up for the failure she once encountered with her teenage fiancé, Allan Grey, who shot himself after his wife saw him with “an older man who had been his friend for years” (probably a homosexual act, although it is not clearly named as such in the play).

Furthermore, her drinking secret, the love for liquor, not only unveil a disoriented nature but introduces the problems she is going to meet in the near future with her brother-in-law. She is frightened, constantly looking for a way out, for both her and Stella. That challenges Stanley’s revenge instincts, as he starts putting her down and bringing her forward. After all, Blanche lives on deceit, in an attempt to start over: “I want to rest! I want to breathe quietly again! Yes – I want Mitch…very badly! Just think! If it happens! I can leave here and not be anyone’s problem.” Scene 6 describes Blanche’s personality as a “neurasthenic” one.

But Blanche does not live in reality and that is the most tragic of all. She defends herself to Stanley by claiming that all she wants is magic. He answers back to her later on, when the two of them are together and Blanche is using her sexuality, the only weapon she has, to save herself from being blamed about Belle Reve:”Yes – I was flirting with your husband Stella!” (sexuality was a common way for women of that era to gain power. Also, as if by habit, Williams places together, once more in this play, childhood innocence and sexual proness). Nevertheless, the way she treats Stanley contrasts her manners with Mitch. Mitch thinks Blanche is innocent and proper whereas Stanley knows that she has “been around”. She treats them accordingly.

By scene 10, Blanche has lost everything. She puts on her “white satin evening gown…placing the rhinestone tiara on her head…”, while wandering around the house whispering things in a feverish way. A gentleman by the name of Shep Huntleigh is supposed to be waiting for her and she is going where she will be appreciated: “There wasn’t no wire…there isn’t no millionaire…”, cries out Stanley. Williams’ notes that the climax is reached just before that, with “the ravishment of the tender, the sensitive, the delicate by the savage and brutal forces of modern society”, in a respond to the censors who wanted to eliminate the rape scene from the play. The last representative of a dying culture, Blanche, as the southern gentlewoman is too delicate to withstand the crudeness and decay surrounding her. It is characteristic of Williams, though, that he does not take a stand; instead he romanticizes both the natural man and the decadent aristocrat.

Blanche’s departure for the state mental institution utilizes the same paths of her coming to her sister’s house in the first scene. Williams also observes that Blanche “was not adaptable to the circumstances as they were…” At the calling of the doctor of her as “Miss Dubois” she responds that she “had always depended on the kindness of strangers”.

Overall, the nymphomatic tendencies that Blanche exhibits, her almost pathological care of her body, her pretenses to virtue and her exhibitionism at the slightest excuse, all these add up to something theatrical and sensational on purpose.

[The reviews of this play were almost all favorable and it won the Pulitzer and the Critics’ Circle awards. Wolcott Gibbs praised it in The New Yorker of 13 December 1947 as “a brilliant implacable play about the disintegration of a woman, or if you like, of a society.” One of the reasons it was successful was because of its originality and its arguments between morality and art.]

Read also: Tennessee Williams and his heroines (Part I)

Kalimera (which means Good Morning in Greek)! My name is Despoina Limniotaki (IG @dlimniotaki) and I’m the Founder and CEO of the...
a healing tree community post 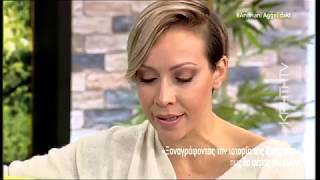